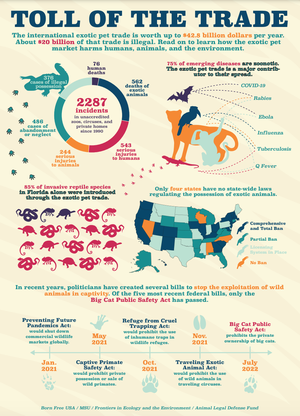 (Infographic) Toll of the Trade: The Impact of Exotic Animal Trafficking 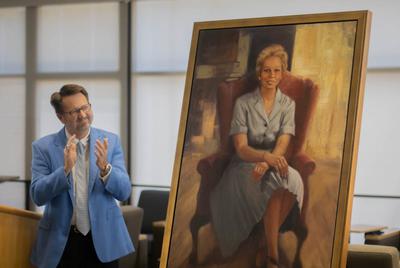 Sylvia X. Allen spent her life breaking barriers and using her talents to further justice and love: she was not only the first Black woman to graduate from Carolina Law, but also a prosecutor, an assistant attorney general, a community leader, and a mother of eight children. On Nov. 4, 2022, UNC faculty and students gathered to witness the unveiling of Allen’s portrait, which will hang in the law school beside portraits of other distinguished alumni. The UNC School of Law commissioned artist Robin Wellner to create the portrait after alumni Diana Florence (‘95) and Scott Peeler (‘97) established the Sylvia X. Allen Scholarship Endowment Fund in 2021. 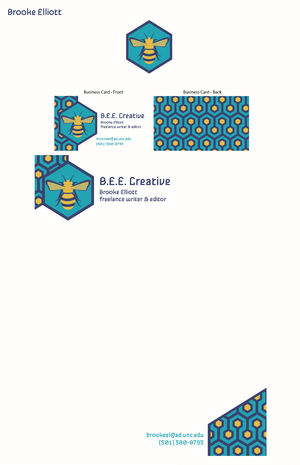 A logo, business card, and invoice created to advertise my freelance creative work. 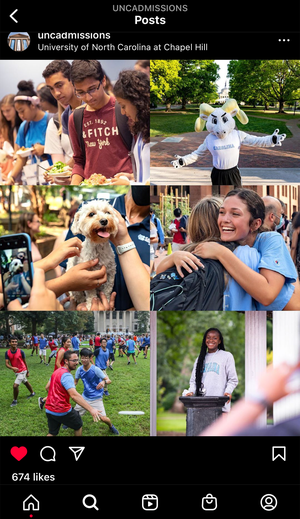 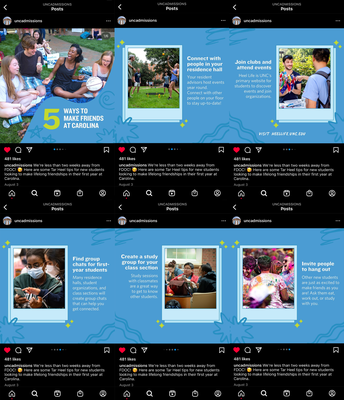 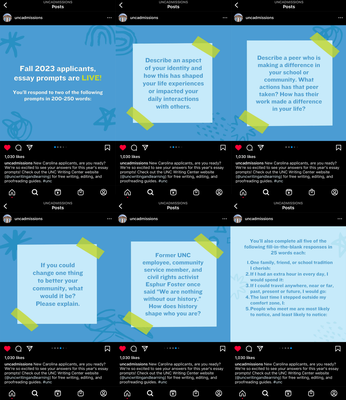 A short post about the fall essay prompts created for UNC Admissions. 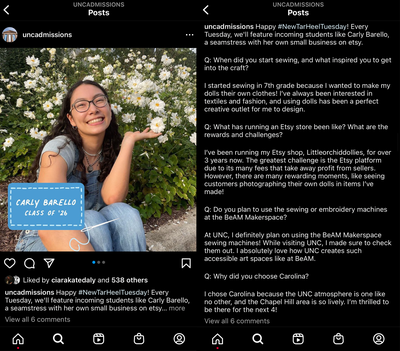 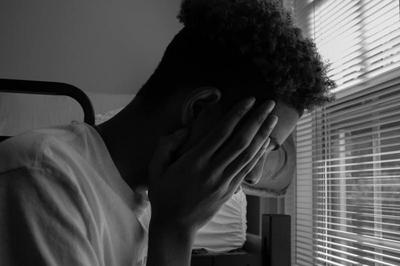 The Heels Care Network at UNC hosted its “Mental Health, Spirituality and Faith: How Do They Connect?” event on Monday — the first in a series of mental health seminars that will be held this semester. The Heels Care Network is a University platform that seeks to help UNC students find resources including therapists, peer support and free guides about managing mental health in college. The University launched it last month. 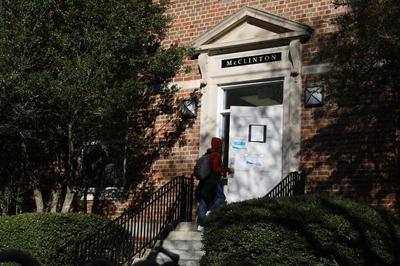 Last Thursday, the Chancellor’s Committee to Review History Commission Resolution discussed and revised a report drafted by its chairperson, Mike Smith, to evaluate the criteria for renaming several buildings on campus. The renaming process has been ongoing since June 2020, after the UNC Board of Trustees lifted a 16-year moratorium on renaming buildings, monuments, memorials and landscapes. The 10 buildings under review were named for white supremacists and supporters of the Confederacy during the Civil War.

Acclaimed historian and Georgetown University professor Marcia Chatelain delivered UNC’s 2022 African American History Month lecture Wednesday. Chatelain, who delivered the lecture during a virtual webinar, spoke about her Pulitzer Prize-winning novel “Franchise: The Golden Arches in Black America,” which explores the relationship between McDonald's and Black entrepreneurship. "A cultural product like McDonald’s, which is consumed in the United States and around the world, on one hand is accessible and enjoyed by all people, but in its own way can signify Blackness," Chatelain said. 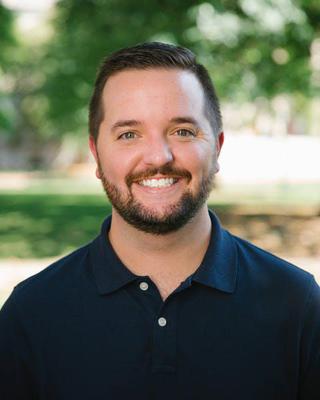 'All over campus, all over town': Story of Us archive preserves LGBTQ student voices

In 1976, the first Southeastern Gay Conference in the United States was held on UNC's campus. More than four decades later, the Carolina Pride Alumni Network has raised over $90,000 to preserve the history of the University’s LGBTQ+ students, faculty and staff through “The Story of Us,” a collaboration with the Wilson Library and the Southern Oral History Program. 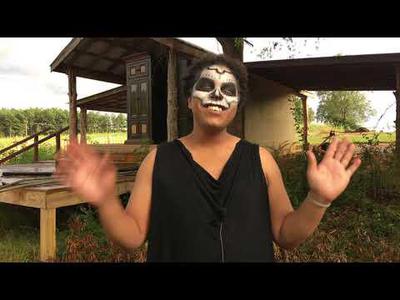 "Haunted" follows the cast and crew of the Panic Point haunted attraction as they organize a night of terror. Directed and edited by Brooke Elliott. 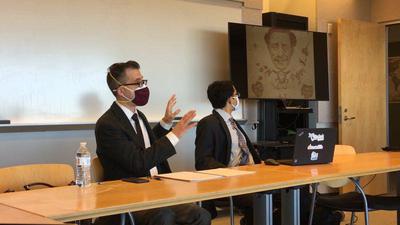 Kellen Hoxworth, a professor at Florida State University, led a discussion at UNC called “Dave Carson’s Brownface Empire” on Monday to discuss the performances of Dave Carson, a comedian who built his career upon stereotypical depictions of South Asian men and women during British colonial rule of India. 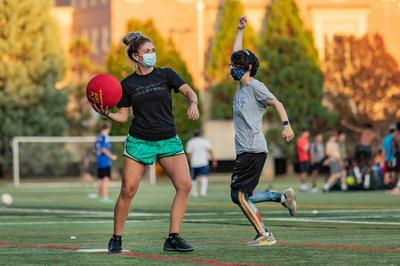 This semester, UNC Campus Recreation and Special Olympics North Carolina hosted a Unified Kickball League, an opportunity for Special Olympics athletes and UNC student volunteers to participate in intramural kickball games at Hooker Fields. “Kickball is a sport that we first offered back in 2016 or 2017,” said Tori Hooker, senior assistant director of sports programs at Campus Recreation. “I worked with the Special Olympics coordinator of Orange County to get it up and running, and we’ve been offering it ever since. It’s been something that’s very close to my heart, and I enjoy seeing it come to fruition.” 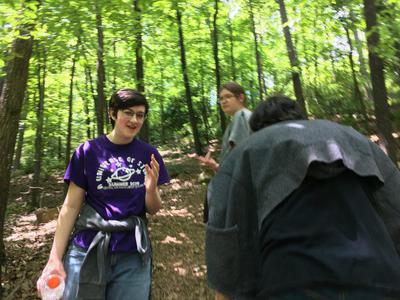 On the afternoon of March 12, the announcement that school would be closing due to COVID-19 crackled through the speakers. Elation filled the air. Students were thrilled to receive extra time off school just before spring break, allowing them to catch up on their coursework, unfinished Netflix series, and much-needed sleep. As the days stretched on, however, and online schooling was extended to the end of the school year, students began to miss the connection to their peers that school provided. 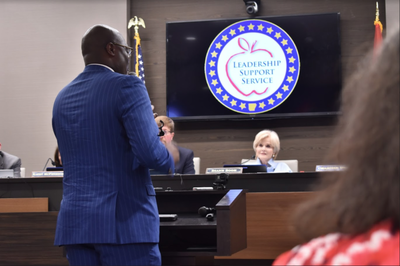 Little Rock, Arkansas, known for its historic place in the desegregation of American public schools, is once again facing a crisis of educational rights. A decision made by the governor-appointed Arkansas Board of Education threatens students’ rights to an equal education for all. The proposed motion to reconstitute the Little Rock School District into two administrative systems, one for failing schools, which are often impoverished and underfunded, and another for succeeding schools, which are often affluent, jeopardizes the progress made since the Little Rock Nine boldly ascended the steps of Central High in 1957. 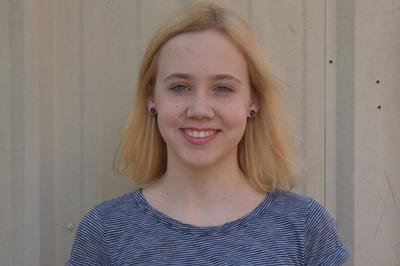 History of Immigration Repeats Itself

Almost two hundred years ago, the Irish came to America in ships and on foot, holding only what belongings they could carry. “I believe there is neither Employment nor food–the people is in a starving state and dying in hundreds and the streets of Belfast, crowded Every day with people [going] out to America [sic],” immigrant William Dunne wrote in a letter to his nephew, John Curtis, which is stored on the Historical Society of Pennsylvania site.
12th October 2019

I am a hurricane. I live with the force and vigor of the storm-- Well, the outer edges of the storm At least.
1st September 2019

“Yeah, these are nice. But they ain’t nothin’ compared to Mama Dunwell’s Famous Cornbread.” I had a hard time believing that the entries in this contest could be considered “nothing” under any circumstances. Cornbread after cornbread sat along the length of the hickory table, some mottled with green flecks of jalapeno, others sprinkled with a light dusting of sugar and honey. The ride into Stone Creek, Arkansas had been a rough and tiring one, but for this, it had all been worth it. “What makes Mama Dunwell’s so special?” I asked, fiddling with my judge’s pass. 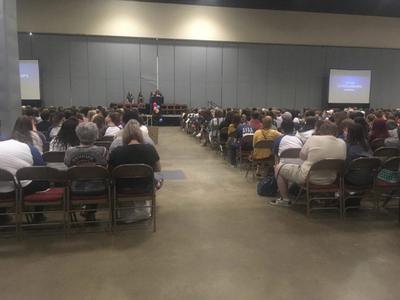 It’s a bright April morning, but the art classrooms are empty at Central. No one is working on their school-assigned pieces, and no one is taking advantage of instructor Jason McCann’s endless supply of free coffee and cream. Instead, Central’s art students cluster alongside hundreds of other children on the floor of Governor’s Hall II at the old State House, hunched over two-foot pieces of white sketch paper.
Load More Articles
Close ✕